One of my favorite moments from Star Wars is the ‘Let the Wookie win’ scene, where the protagonists play a futuristic version of chess. This game is called Dejarik, and canonical rules were never defined. In this post, I’ll propose a rule set for Dejarik that I created as a design exercise. 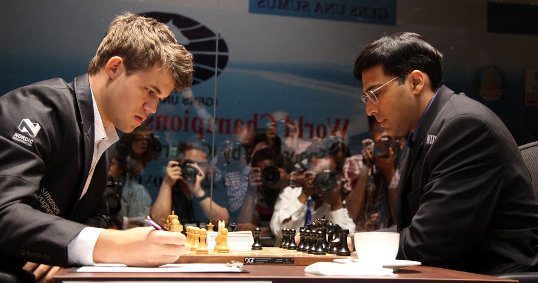 The game is intended to be a chess analogue, so with all design decisions, we want to keep the game feel of chess intact. In order to keep this feel, let’s look at which mechanics we can borrow:

However, we should also be aware of what is different:

Hopefully, we can leverage these different affordances to create mechanics that are new and interesting.

Chess uses algebraic notation to describe positions on the board and movement of the pieces. This notation will be just as helpful for Dejarik, so let’s define the spaces for our board:

Let’s take a minute to look at the Core space. This space connects to all spaces in the Inner Rim, which means that a piece can move between the Core and Inner Rim with an orthogonal or diagonal move. A piece cannot move orbitally while in the core, because it would not move to a new space.

Now that we have some terminology with which to describe movement, let’s go over how each piece moves. For this explanation, I’ll use chess pieces instead of aliens…

The king can move orthogonally, moving a distance of exactly one space per move.

The knight’s movement happens in two directions, similar to the L-shaped moves of a knight in chess. First the knight moves one space diagonally, followed by 0‑4 additional spaces orbitally in the same orbital direction as the diagonal movement.

Unlike knights in chess, none of the pieces in Dejarik can jump over (or move through) other pieces.

The pawn can move orthogonally any distance.

This piece also comes with a special rule: the pawn cannot capture. Instead, it can push other pieces. On each move, the pawn can push only one piece, and can push it multiple spaces.

In the example below, we can see the pawn starts on A11.

In one example move, it pushes the black knight into the Core by moving radially to B11. It could continue pushing the knight onto the B5 space by moving to the Core, but it cannot push any further because the black king blocks any further movement.

In a different example move, the pawn could push the white king by moving orbitally counterclockwise. Because the black king is on A5, the pawn can only move to the A7 space before it is unable to push further. 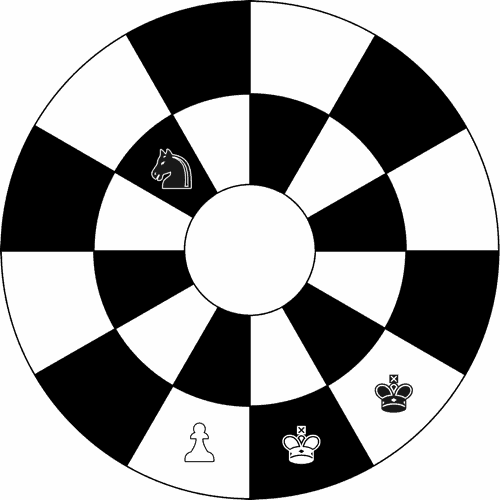 In chess, there is an important property called zugzwang. In order to maintain this property, we need to add one more rule: Pieces are not allowed to make moves that don’t change anything. This means that, in a single move, a pawn cannot move around an orbit and land on the same space it started on, unless the move pushes another piece to a new space.

The queen can move diagonally, moving a distance of exactly one radial space and one orbital space per move.

The queen also has the ability to protect pieces of the same color from being captured. Pieces which are one space away, in orthogonal directions only, are protected by their queen.

Note that being protected from capture does not protect a piece from being pushed by a pawn. Also, the queen cannot protect herself, so she is always vulnerable to capture.

In chess, a player wins by achieving checkmate, which is less about a specific configuration of pieces, and more of an abstract concept. The concept is that the king is in trouble and can’t escape. The positioning of the pieces is just the implementation of that concept.

In Dejarik, we want a similar concept, but one that fits nicely with our circular board and small number of pieces. For our rule set, we’ll use the concept of controlling the Core with the king. Similar to a game of King of the Hill, once the Core is occupied, the opposing player will do everything they can to remove the enemy king. A player can prove that they have a firm control of the Core if the opposing player is unable to oust them in one move.

Let’s articulate the rule like this: A player wins by starting their turn with their king in the Core. This rule encapsulates the ideas in the above paragraph.

It would be useful to have a name for this concept, so let’s refer to these endgame positions as Dejarik. This allows us to have a faster way to articulate proximity to the endgame. Similar to chess, we can now say things like ‘I see Dejarik in two moves’.

Our game has eight pieces in total, much less than the 32 pieces in chess. In chess, it is appropriate to permanently take pieces off of the board. That mechanic doesn’t make as much sense for Dejarik because after a few moves, there would be nothing left. We need a mechanic that can change the emphasis from quick knockouts to longer-term, positional gameplay. When pieces are captured, they should be reused. However, we still want capturing to inflict a significant penalty, so we’ll incorporate a delay between losing and reusing a piece.

At the start of a player’s turn, all their pieces will be in one of the following three states:

On each turn, players will do the following steps in order:

All games of Dejarik should start with the pieces in the following position: 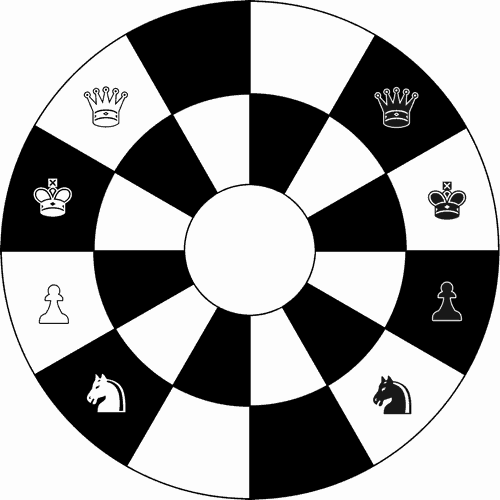 I’ve tested a few variations, and I think this starting position creates the most interesting initial relationships between the pieces. Like in chess, white moves first.

To try the game, print the above image and cut out the eight chess pieces. The ‘reset’ symbol is for denoting which piece (if any) is in the Captured state.

If you’re a Star Wars or chess fan, I hope you’ve found this design discussion interesting. Please try the game and leave some feedback if you have any constructive criticisms.